William Duncan Strong was born on January 30, 1899 in Portland, Oregon. He received his B.A. degree in 1923, and his Ph.D. in 1926 from the University of California at Berkeley. Dr. Strong’s interest in anthropology developed under the influence of Dr. A.L. Kroeber, a student of Dr. Franz Boas. He worked at the Field Museum of Natural History at the University of Nebraska, and at the Bureau of American Ethnology before joining the faculty at Columbia in 1937. In 1942 he was promoted to Full Professor, and in 1943 was appointed to the Loubat Professorship, a chair which had been vacant since 1918. 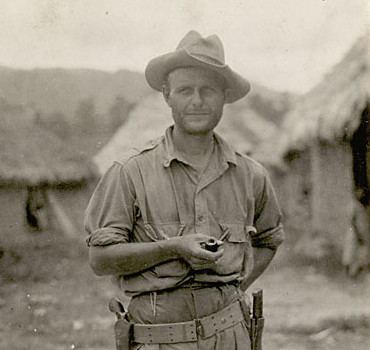 Dr. Strong served as the Chair of the Department of Anthropology for many years, and he remained at Columbia until his death in 1962. Dr. Strong’s anthropological career consisted of a variety of experiences. Between 1924 and 1925, Strong was assigned by Dr. Kroeber the job of classifying the Max Uhle Peruvian Collections. During the winter of 1927-28, he participated in the Rawson-McMillan Subarctic Expedition collecting valuable data on the Naskapi Indians of Labrador. His field research on the Great Plains was influential in changing the previous picture of native life on the Great Plains. His excavations in Honduras in 1933 and 1936-37 provided important data on the Maya civilization. It was in 1940, while at Columbia, when he began his field work in Peru which gained him his greatest recognition. He excavated on the central Peruvian Coast of Pachacamac in 1941-42, on the northern Peruvian Coast of the Viru Valley, and on the southern Peruvian Coast at the Nazca and Ica Valleys in 1952 and 1953. His careful stratigraphic excavations allowed him to develop a sound chronology of Peruvian culture, and his synthesis of broad cultural epochs in Middle and South America was influential on later developmental schemes.

Dr. Duncan Strong was a great teacher. He taught in the classroom, the laboratory, and in the field; developing a master/apprenticeship relationship with some of his students. He had a significant influence on all students at Columbia. For a whole generation during the 1940-50s, not a single socio-cultural anthropologist at Columbia graduated without a considerable knowledge of archaeology, and similarly, archaeologists were familiar with socio-cultural ethnographies and theory.